A decade after the Great Recession, the St. Petersburg business community is thriving.

The city’s three publicly traded companies — Jabil Inc., Raymond James Financial Inc. and United Insurance Holdings Corp. — are expanding, and United Insurance is poised to build the first new office building in the downtown core in nearly 30 years. Unemployment rates are near record lows, and median wages and corporate earnings are rising. Commercial real estate vacancy rates have plummeted. Banks’ balance sheets are relatively clean, freed from the troubled assets that led to failures. Technology companies have put down roots and are growing.

Over the next several days, the St. Pete Catalyst will examine several sectors in the city that have changed since the recession, beginning with the overall corporate climate.

“I think the city is a lot more confident than before the recession,” said Chris  Steinocher, president and CEO of the St. Petersburg Area Chamber of Commerce. “Before, we lacked confidence that St. Pete was a business destination, but the investments that have been made in the last few years are encouraging.” 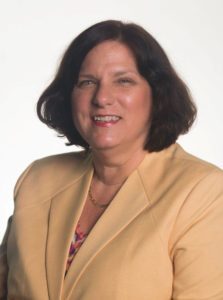 “Now St. Petersburg has its own identity that people are focused in on and are aware of and are taking a look at,” Sorolis said.

Her boss, City Development Administrator Alan DeLisle, came to St. Pete three-and-a-half years ago, and the message he’s hearing now is quite different than when he landed here. 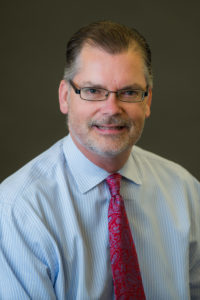 Overall, the corporate climate has shifted away from the perception that St. Petersburg is a retirement community with hospitality as its primary industry.

“Ten years ago, we didn’t have that. The time in the recession allowed us to think through what we would become,” Steinocher said. “”Now everyone is on the same page. All the players are on the field and covering it effectively, not in competition with each other. That gives businesses confidence.”

Unemployment in the Tampa-St. Petersburg-Clearwater metropolitan area has fallen from 11.7 percent in December 2009 and January 2010, at the height of the recession, to 2.9 percent as of October, according to the Bureau of Labor Statistics.

There were 3,000 net new jobs created in St. Petersburg last year, Sorolis said, and she expects that number to increase going forward.

Some of the new jobs are coming from big companies that are expanding their local headquarters.

Financial services provider Raymond James (NYSE: RJF) bought three new buildings in the Carillon Office Park in late 2017, and said it would add 650 jobs as a result. Jabil (NYSE: JBL), a manufacturing services provider, plans to add 300 jobs as it builds a new headquarters on its current HQ site in the Gateway area. United Insurance (NASDAQ: UIHC), a property and casualty insurer also expects to add 300 jobs when it build a new headquarters in downtown St. Pete, at 800 1st Ave. S.

PandaDoc, a San Francisco-based document automation company, opened its East Coast headquarters in St. Pete in 2017, with plans to hire up to 100 people, and other San Francisco companies are interested in following suit, J.P. DuBuque, CEO of the St. Petersburg Economic Development Corp., said earlier this year.

“We are lucky to have one of the best-designed communities in the country for downtown living,” Steinocher said. “Millennials, Gen Xers and baby boomers all want that now. It’s good for talent attraction and its good for business. You can have a marine scientist at a coffee shop downtown sitting next to a researcher or an investment banker. It’s not a one-business corporate downtown. We have a wide portfolio and that adds to the confidence.”

There have been losses as well. Multi-channel retailer HSN Inc. was acquired last year by QVC  Group, which has since changed its name to Qurate Group Inc. (NASDAQ: QRTEA) and said it plans to eliminate 350 positions by the end of this year, most of them at HSN’s St. Petersburg and Long Island, N.Y. operations.

The shift in strategy and the resulting strength of the corporate climate broadens St. Petersburg’s appeal to other businesses, Steinocher said.

“CEOs will say, ‘I don’t want to go to a beach community for my corporate headquarters.’ We can show them, this is not a place just to spend two weeks, but a place to spend your life,” Steinocher said.

St. Pete Ranks as a Top Corporate Headquarters Choice in the ‘New Normal’

St. Pete is a Pet-Lover’s Paradise

What are Fintech’s Most Overrated and Underrated Trends of 2022?

St. Pete Ranks as a Top Corporate Headquarters Choice in the ‘New Normal’

St. Pete is a Pet-Lover’s Paradise

What are Fintech’s Most Overrated and Underrated Trends of 2022?

Ready to Move Your Business?

From emerging startups to global corporations, the St.Petersburg EDC is ready to make your business relocation or expansion a seamless transition.